Koh Ker is a whole temple town, the second largest of the ancient Khmer civilization. Due to its remote location, Koh Ker can still be called a ”lost city in the jungle”. It remains to be an off the beaten track destination, though it's indeed one of the most amazing excavation sites you can imagine.

Koh Ker has at least 180 temples, but most of them are only small heaps in the jungle and not accessible due to landmines, the 20 most significant monuments are safe, all of them are located at a ring road.

In the 10th century Koh Ker was a rival of Angkor. Almost all temples in Koh Ker were built during a period of only a few decades.
History of Koh Ker
Many temples of Koh Ker had already been built in the decade before Koh Ker became the capital in 928. The ambitious local ruler of Koh Ker had even erected a Shiva-Lingam, a symbol of supreme royal power, on the temple mountain Prasat Prang, which, at that point in time, was the tallest pyramid built by the Khmer civilization and belonged to the (then) largest Khmer temple complex, Prasat Thom.

Because his nephew, Angkor's King Ishanavarman II, died childless, Koh Ker's principal became the new ruler of the whole Angkor empire. Soon after ascending the throne in Angkor the new king Jayavarman IV decided to shift the capital to his hometown Koh Ker, which was called Chok Gargyar or sometimes Lingapura in contemporary inscriptions.

His younger son, who was not the heir to the thrown, became his successor. He had to fight rebellions and came to death after only two years. A cousin, who had supported him in the beginning, seized power and shifted the capital back to Angkor, Rajendravarman II became a prolific temple builder. East Mebon and Pre Rup are his main projects.

*** Prasat Pram Temple
Prasat Pram (Prasat Bram)
Further south at the road to Angkor, in about 800 m distance from Prasat Neang Khmau, is one of Koh Ker’s major attractions, Prasat Pram. It is the first significant ruin for visitors arriving from Siem Reap.

The santuary has five towers, “Pram” means “five”. Two of the towers are surmounted by trees with their roots strangling the brick buildings. The roots of the strangler fig of the northeastern tower are the most picturesque example of fusion of architecture and nature and a landmark of Koh Ker. This Prasat is a real fairy-tale temple.

The five towers are three Prasats oriented to the east and two similar square buildings, but the latter were libraries, opening towards the main shrines, as ususal. The three Prasats are arranged in a north-south row on a shared platform, making Prasat Pram a typical longitudinal temple. These two ancillary towers have peculiar small lozenge openings in the upper levels, similar to library buildings in Roluos. The grid-pattern wholes served to aerate the buildings, hence the assumption they may have served as crematoria. Another interpretation is that these so-called libraries were shrines that housed a sacred fire. Of these ancillary monuments, the south-eastern is made of brick, while the north-eastern in laterite, is a later addition.

The whole ensemble of five edifices is enclosed by a laterite wall. The Gopurams disappeared completely, presumably because they were light construction of wood. Now only the laterite base with steps remains. 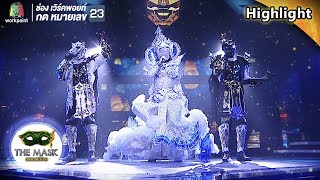